What is the Freedom Programme? 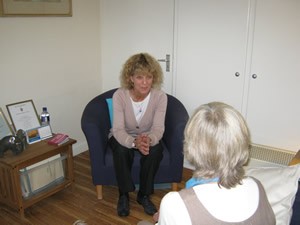 The Freedom Programme is for any woman who wishes to learn more about the reality of domestic abuse. It is a twelve-week rolling programme, which is free to join.

Aims of the programme include promoting a better understanding of the effects of domestic abuse on children and educating women to be aware of the beliefs held by abusive men and to identify which of these beliefs they hold or have held. Many women attending the programme find their self-esteem and confidence grows. This is evidenced by the statement below which was written by a woman who has completed the programme.

“I had lost all hope and I couldn’t talk to anyone about the abuse. Being subjected to domestic abuse shattered my confidence and sense of reality. I lost a sense of my own judgement as he constantly told me it was my fault. The physical abuse I experienced was traumatising and I was left with a mistrust of people, even my own family and close friends. I became isolated.

Going on the Freedom Programme literally gave me the ‘freedom’ to talk about the abuse I had kept hidden for so long, without feeling judged or blamed. It was a relief to hear other women say they too still struggled with anxiety following their experience of abuse.

I now know the reason why people stay in abusive relationships; most of the time, they think it is their fault because their thoughts, actions and perceptions are being controlled.

I learned that domestic abuse is all about a desire to control, never about anger and I am starting to understand that it is never the victim’s fault.

At the last session we were taught about warning signs to look for in a new relationship and I felt sick to my stomach. If only I had known all this before then I could have saved myself a lot of pain and confusion, as I would have had the knowledge and the confidence to leave at the first sign of abuse.”

Get me out of Here!